You've probably already noticed that in some screenshots posted earlier, there is a little ghost ball flying next to the hero. In this post I'll tell you more about it.

Magic orb (or simply Morbo) will not appear immediately, but as soon as you find it, it will become your faithful companion until the end of the game. In the game Morbo will perform several functions.

According to the game story, Morbo is an artefact that was created specifically for search and exploration. Players will be able to use this for their own purposes. Pay attention to it's behavior - if something valuable or interesting is hidden nearby, Morbo will attract your attention. It will also serve similar to a compass from Force of Nature 1 - mark all main objectives on the map.

As in FoN 1, day and night will follow each other. At night, of course, it will be much darker than during the day, and world exploration won't be very comfortable. Besides that, you will find caves and dungeons in which there will be no light at all. The torch will help you navigate in the dark, and you'll be able to hit enemies with it. But, nevertheless, it is much more convenient when both hands are free. Morbo emanates soft ghostly glow, which is enough to find the way in a dark cave. If necessary, the strength of this light can be upgraded. 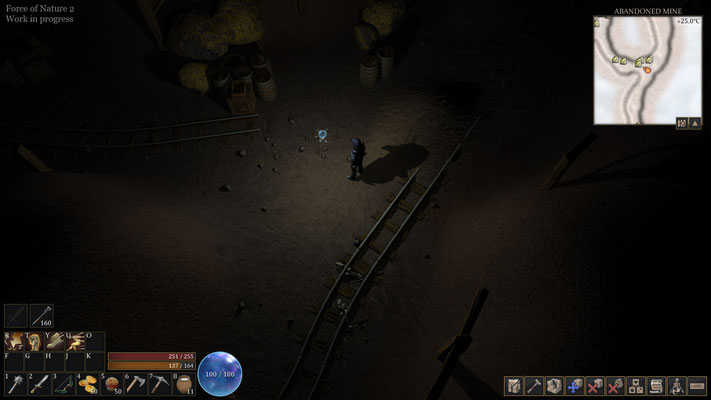 Our hero won't have any magical skills, but he will be able to use magic. And the main assistant in this will again be Morbo. With the help of a special covering, Morbo will be able to accumulate mana, which can be spent on magic spells. Moreover, these spells will come from Morbo, not from the main character. Usually Morbo will follow you itself, but if you wish, you can detach it from the hero and control it directly. For example, it will be possible to send it into a crowd of enemies and use some spells to inflict damage on them, while remaining at a safe distance. 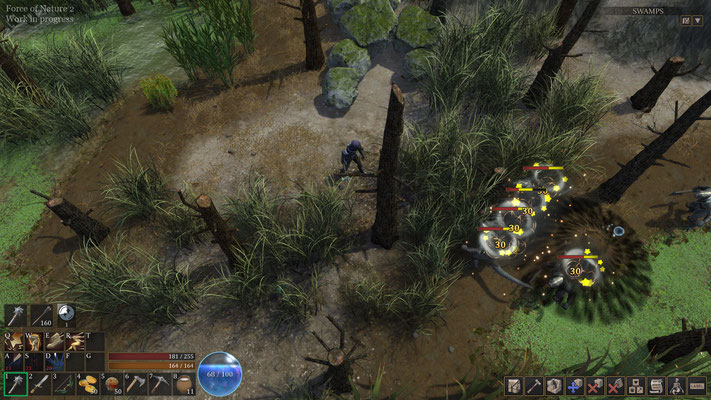 It's worth to remember that both abilities to accumulate mana and to cast spells will belong to Morbo, not to our hero. In singleplayer this won't be so noticeable, because Morbo will always be near you. But in co-op walkthrough, this feature will make using of magic a little uncommon. Only the player with Morbo will be able to use it's magic and give it commands. However, any player at any time will be able to call Morbo to him, no matter how far it is. Mana will also be shared for the entire team. I think this will make players act more coherently.

By the way, the idea of making a flying magic ball as a controllable companion went to me from the game Warlock, released in 1995 on the Sega Megadrive and SNES consoles. At that time, it was a rather unusual mechanic, that stuck in my mind.