In this post I will talk about one of the biggest game innovations - ghosts.

I already mentioned earlier that there will be bosses in the game. By killing them, you will release their souls, which will then exist in the form of ghosts. You can talk to ghosts. Some of them have unfinished business, which they will either tell you directly about, or hint at, if you ask them carefully. 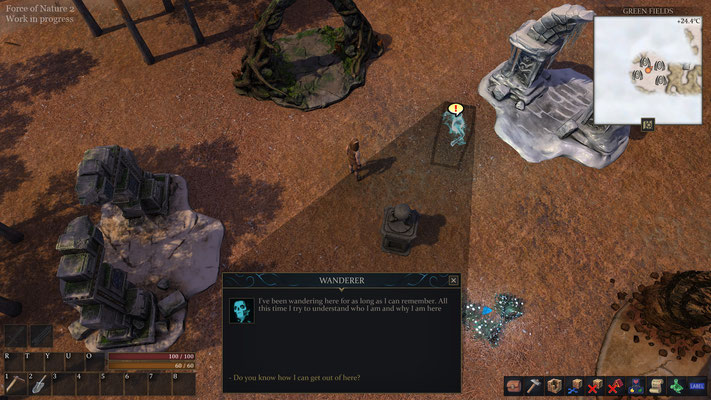 This way you will receive additional quests. These quests are quite complex and it will not always be clear immediately what to do. To complete some of them, you will have to think, for others - to travel a lot.

However, after completing the task, the ghost won't remain in debt, and will help you at the base.

Ghosts can do different things: craft, build, mine resources and repair. I already wrote earlier that in the new game, the work will not be performed by your own (as it was in the first part). Someone should stand by and do the job. Before the first ghost appears, you will have to do all the work by yourself, but then you will be able to assign tasks to ghosts by adding items to the crafting queue. By the way, queues at many tables have been increased to several slots. You can queue up a few items that interest you, and leave to do other things, and the ghosts will craft. 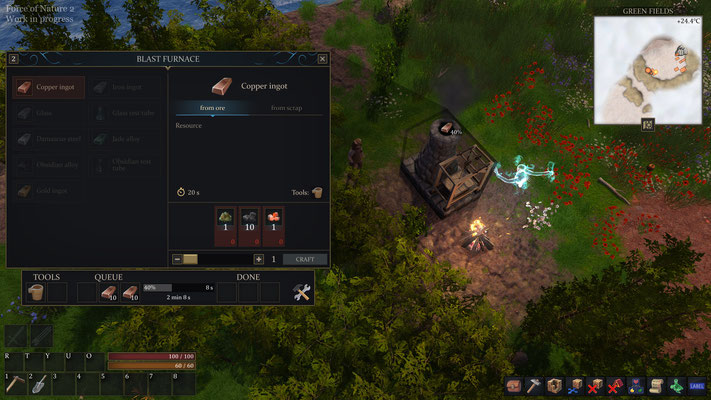 Usually, the ghosts will look for the job themselves, trying to disperse around the base. Different ghosts will have their own preferences in the work. Some will prefer crafting, others - construction.

You can also make a direct order to the ghost to do a specific task. Besides that you can equip several ghosts to do the same task simultaneously to speed up its execution (although their performance will then decrease).

The ghosts have another useful feature. Wherever you are, you can always summon a tamed ghost and ask it to teleport you home.

In my opinion, ghosts are a very serious change in the game, and I hope players will like it.