So, the summer is over and the game isn't ready yet. Although in the spring I supposed everything would be different. Let's figure it out.

Almost everything that was supposed to be done by the end of the summer has indeed been completed. Absolutely all monsters and bosses are drawn and, most importantly, animated. I had the most doubts about the animation of monsters and bosses, but we did it. Quests and storyline are also ready. Some dialogs are still going through the final editing stage, but it doesn't take much time. Weapons, equipment, clothing - everything is ready for battle. All main buildings are also ready. 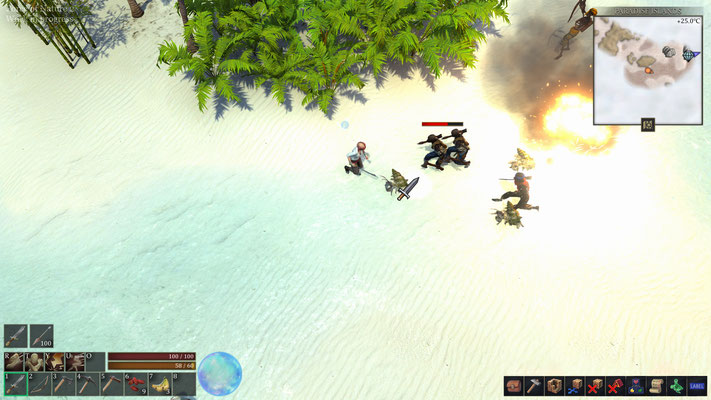 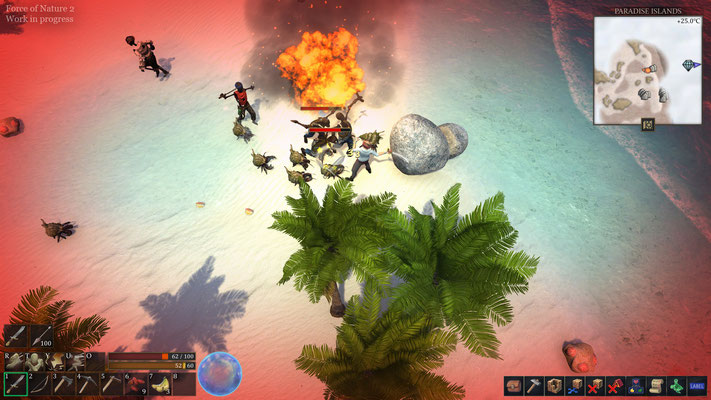 What is still not ready and is delaying the release?

A few points that I didn't think would take a long time turned out to be quite capacious. We are currently working on the final cut scene. Yes, the thing, what was not in the first part at all. Since the second part of the game has a determined storyline, it also has a determined ending. Or more exactly, even 2 different endings. Creating final cut scenes takes quite a long time: again it's 3D and 2D animation, unique scenery and music. But this is necessary to give the story a complete look and not leave players in a state of frustration and uncertainty - "I did so much, but what for?!"

The next point, which turned out to be much more difficult than I thought, is the creation of production chains. What and from what resources we will craft, what research will be needed to build the next construction, what types of fertilizers will be available at different stages of the game, what resources will fall out of monsters, and so on. If you think these tasks are not so difficult, I assure you, they are. In the beginning, adding of various recipes is quite simple. However, later, when you have to bring it all together in one chain, a lot of difficulties and contradictions appear. A lot of items, resources, enemies, buildings and research, everything depends on each other, and to set up dependencies, you need to keep all this in mind. In the same mind, which already stores the architecture of the entire game and controls the creation of all content. I even tried to get an assistant for this task - a person who graduated from a game design course. I spent quite a lot of time explaining him in detail how game systems function, but in result he wasn't even able to structure what was already done at that moment. Now the task of creating production chains is almost ready. I would estimate about 90 percent. The remaining 10 percent are quite difficult - adding each new resource to the game requires a lot of effort from me.

The next thing is voice acting. The game's voice acting also takes longer than I planned. But it doesn't stand still. We have already finished voicing nature, weather and buildings. Unfortunately, the monsters are only voiced by 30 percent so far. In order for monsters' voicing not to become the main factor delaying the game release, I will most likely have to start testing the game when not all the monsters will be voiced yet.

It's hard to make accurate predictions. Almost all of my assistants are tired and go on vacation. I myself have not worked for the last week, because I got sick (it's okay, it's not covid and I'm already on the mend, I was even able to write this post). I'll try to describe an approximate plan for the remaining work:

As it is not difficult to calculate, if everything goes according to plan, the game should be released in November.