Character animation is quite a difficult task. There are many minor movements in the shoulders, pelvis, torso turns, etc. We don't pay attention to them, but if they are absent, the character starts to move like a robot.

Not having a lot of experience in character animation, but having the need for a large number of them for the first part of the game, I resorted to homemade motion capture technology. For this I used  Microsoft Kinect sensor, which was designed for XBox 360, but can also be connected to a computer. This sensor uses infrared scanning to obtain a depth map and is essentially a low-resolution 3D scanner. On XBox, the sensor can detect player’s positions very approximately, but in real time. For PCs, there are special programs (I used iPi Mocap Studio) that allow you to record video, and then to extract human movements more accurately. All animations of the main character in the first part of the game were made in this way, and it took me only a couple of days. Main time was spent on manual cleaning of captured animations. Since the sensor can capture only from one side, sometimes when the body turns, hands can be hidden from the sensor by the body itself or by the head, so their position is not detected and has to be set manually. In general, I was very happy with the result. Although the quality of animations is not at a high level, I would have done much worse with my hands and spent much more time.

Since the quality bar for the second part of the game has risen, I wanted to make animations better. To do this, I decided to use two sensors to record animations. In addition, I decided to buy new, more modern ones - Microsoft Kinect 2.0. 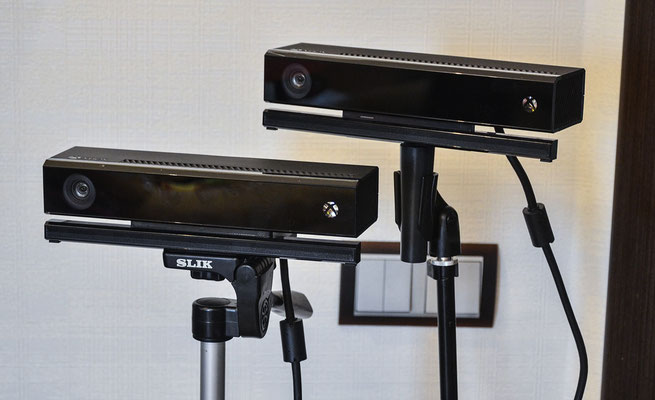 On iPi developers' website I found recommendations for installing the sensors. There are 2 basic configurations - to point the sensors opposite each other, and to point them at 90 degree angle to each other. 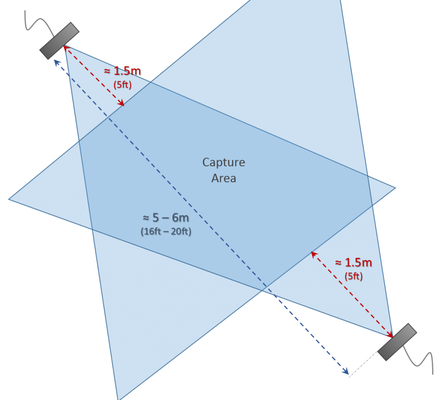 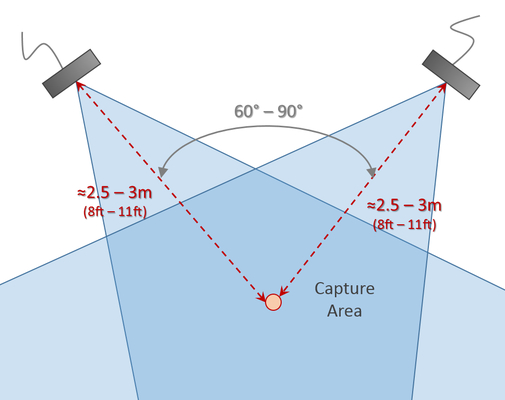 First, I decided to test the position of the sensors opposite each other. But it turned out that the quality of the result is no better than recording with a single sensor. The second sensor works well avoiding overlapping hands with the body, but in fact hands' movements are visible either by one sensor or by another, so we still get tracking with one sensor.

Configuring the sensors using the second scheme allowed to slightly improve tracking quality. Most of the movements were detected by both sensors simultaneously, which increased the accuracy.

However, animation quality still didn't reach the level I wanted to see in the second part.

So I started looking for an experienced animator. After more than a month of searching I finally found a person, whose animation quality suited me. Now we make up to 3-4 animations a day, and in about a week or a little more, the main character's animations will be ready. But there are also monsters and bosses, so animation is still one of the key factors determining the release date of the game. I hope I'll find a solution to speed up the animation of minor characters.