I created the first part of the game completely by myself. I was engaged in programming, drawing, modeling, animation, voice acting, music. My friends helped me with the testing, and the fans helped me translate the game into different languages.

Most of the second game I also developed alone. However, I realized that I want to add a lot of different content to the game and I can’t do it alone. Plus, the first part of the game brought me some money that I could spend on several assistants.

I have already worked in large companies before and have experience working with other people. However, until that time, I had not yet had occasion to manage the project or to engage in staff recruitment. I admit, the process of searching people turned out to be much more complicated than I thought. It took a lot of time and effort. As it turned out, each artist has his own strengths and weaknesses. And to understand his features, it is not enough to give the artist one test task - you need to work a little with him. And you should to figure it out if you want to form a balanced team of a small number of people.

Now I am collaborating with three 3D modelers, one 2D artist and one other person helps me with the documentation and design of the progress tree. At first, I had absolutely no strength and time for programming, all my attention was spent on putting artists in the course and agreeing on the style. However, now I can implement a full-fledged content creation process - from sketch to final model. 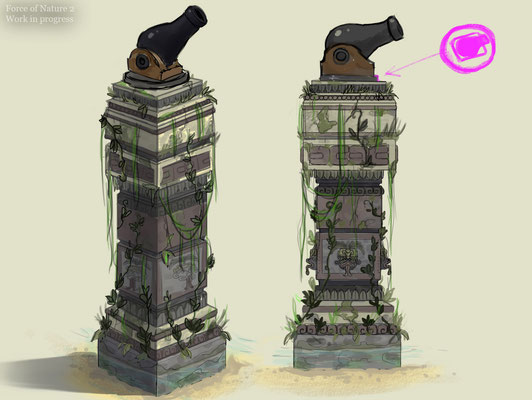 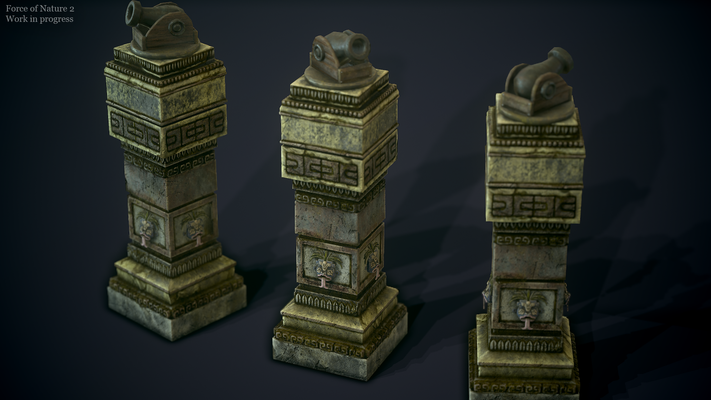 I am still doing the coding part alone. I also took on the drawing of all the vegetation in the game. In the future, I most likely have yet to find a composer. I composed and recorded all music for the first part by myself, but now I no longer have the strength to create a new tracklist for the second part.